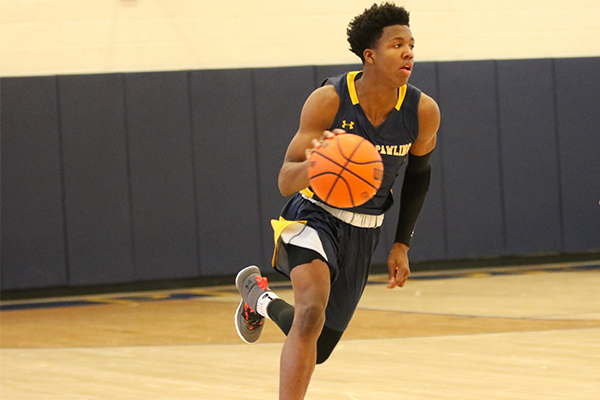 The varsity basketball team opened the season at Taft on Saturday, November 23, showing that they will compete with the best teams in New England this year. Although leading for most of the game, the Pride wasn’t able to put Taft away due to the Rhinos’ tremendous 3-point shooting. With less than a minute to go, Taft took the lead but a Justin Archer ’20 block gave the Pride a final possession to win the game. Game high scorer Truth Harris ’20 took the inbound and Chris Gleaton ’20 collected a loose ball to find PG Ronny Tool under the basket for a buzzer-beater final score of 73-71. The basketball team will look to extend their early-season success against the Hun School at Blair Academy on December 7, 2019.

The Trinity-Pawling varsity hockey team competed in two early-season scrimmages. On Friday, November 22 they traveled to The Gunnery in Washington, CT to face a top-tier NEPSAC foe. Although the Pride struggled to get anything going early in the contest, they managed to tally three unanswered goals in the third period to end the scrimmage at an even 3-3. After Thanksgiving, the squad will open their regular season at Loomis Chaffee on December 7.

Trinity-Pawling wrestlers look forward to opening their season at a meet on December 7 at Hopkins. The varsity squash players will also open against Millbrook on December 7 in Pawling.