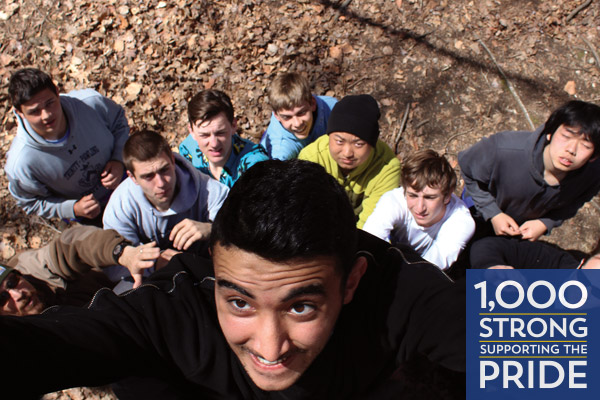 Brothers don’t back down from a challenge

We are closing in on our goal of 1,000 donors in 10 weeks for the Trinity-Pawling Fund. Henry B. duPont ’86 through the Nor’easter Foundation has pledged $100,000 when the Pride comes through to achieve this Challenge.

At press time, we stood at 701 donors. There’s not a moment to lose. Today is the day to give, here and now! We are all coming together: alumni, parents, classmates, teammates, students and faculty to inspire and change the lives of Trinity-Pawling boys—join the Challenge today! 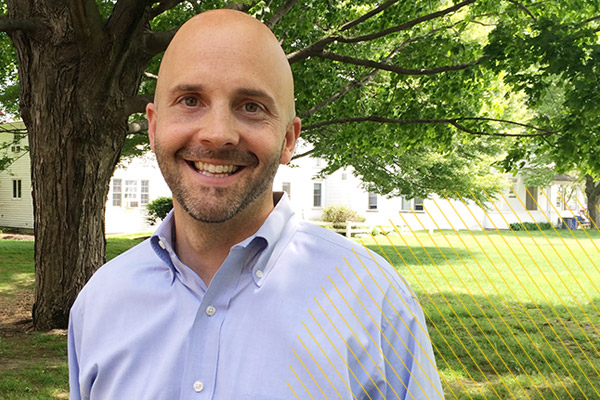 Trinity-Pawling has a way of pulling people back. Just as Headmaster-elect Bill Taylor will return to campus after broadening his experience for the past 13 years, JP Burlington ’95 is coming back to serve as Director of Admission. In his four years at T-P, Burlington immersed himself in all aspects of campus life: he sang as a Trinitone; played varsity soccer, squash and baseball; and served as a sacristan, dorm proctor and Head Prefect come senior year. As a freshman, he started giving campus tours for the admission office, an activity that literally set the course of his life. He continued to work in admissions when he was a student at Wheaton College and never stopped.

What appeals to him about admissions? “I have the opportunity to introduce prospective students and families to a School and community I believe in,” he says.

Burlington has gained extensive experience in admissions over the past twenty years. He did an internship at T-P in January 1997 and then returned as a full time admission associate from 2002 to 2004. He worked admissions at Westover School for five years and Brooks School for another three. Burlington has covered the boarding school admissions gamut: all-girls, co-ed, and all-boys!

“The admission team and I are driven by one question,” says Burlington. “What can we as a School do to make the T-P experience as meaningful as possible? Trinity-Pawling offers a life-shaping opportunity, and it’s our job to spread the word and bring in the right families.”

After all these years, Burlington still gets a chill when he drives up Route 22. “But now, I pull through those gates knowing that I am charged with keeping the School full. And I thought I had pressure and responsibility when I was Head Prefect!,” he laughs. “But it’s exhilarating to come back to a place I love in a leadership role.”

Burlington will move into an apartment in Starr Hall this summer with his wife, Megan, and their two toddlers, Joseph and Meredith. “It’s great to be coming back home.” 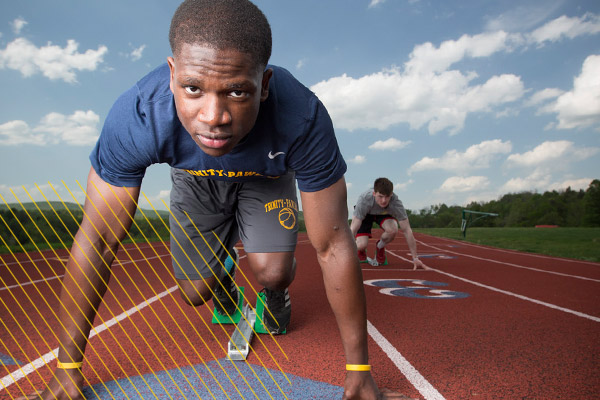 On May 19, Trinity-Pawling School celebrated the success of the spring sports season at the sports banquet. All teams finished with great wins over quality opponents. Baseball concluded the season with a 6-2 victory over rival Kent. Golf managed to finish 3rd at Founders (Henry Angier ’16 finished 3rd out of 54 golfers). Lacrosse stunned nationally-ranked Brunswick School 11-10 in overtime. Tennis out-matched Cheshire Academy, and track & field beat out Avon and other schools to finish 5th at Founders.

Many athletes received special recognition for their outstanding contribution to their respective sports. Trinity-Pawling also honored those who compete on at least two varsity sports and those who participate competitively on a third.

Visit Trinity-Pawling Athletics for more scores and details. Congrats to all our athletes who shared success this spring season! 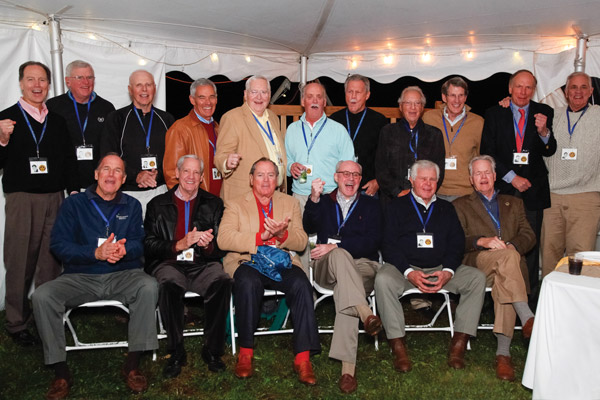 This past fall, members of the class of 1964 set their sights on a lofty goal: to become the first Trinity-Pawling class ever to raise $1 million in honor of a 50th reunion—or any reunion, for that matter. Now, one month ahead of their June 30 deadline, the class has achieved its intent with an extraordinary total of $1,555,724 and 49% class participation.

Their ambitious effort was boosted by a two-for-one challenge of $500,000 from an anonymous class member. Inspired by the esprit de corps of reunion weekend, the class forged ahead throughout the winter, contributing gifts of all sizes. This outpouring of generosity enabled 1964 to support not only the immediate needs of the School (through the Trinity-Pawling Fund), but also to establish the Class of 1964 Legacy Fund. The Legacy Fund strengthens the Trinity-Pawling endowment and provides long-term financial support for faculty salaries, professional development and student financial aid.

With an eye toward estate planning, other class members also chose to include Trinity-Pawling with codicils in their wills. The crowning touch came in May when a member of the class committed an additional $500,000 gift.

“Reunion re-kindled our connection to the School and to each other,” explains Doug Ebert. “Out of that spirit, we wanted to help ensure that Trinity-Pawling continues to change boys’ lives with high expectations and that real feeling of brotherhood. Strengthening the endowment is fundamental to the School’s future. Achieving such a historic milestone felt like a wonderful way to celebrate our major reunion.”

Now the class looks forward to building on that momentum. After years of faithful service to the class from Hollis Petersen, Fred Johnston will take over as class agent. He intends to keep participation in the Trinity-Pawling Fund strong, and the class will continue to champion the importance of the Legacy Fund. Meanwhile, mini-reunions are springing up around the country, particularly in places where the golfing is good. Nine classmates, for example, are registered to take part in the upcoming T-P golf outing on June 9 at the Somerset Hills Country Club in New Jersey. “We want to enjoy our connections—old and new,” says David Jollin. “Come join us on the fairway!” 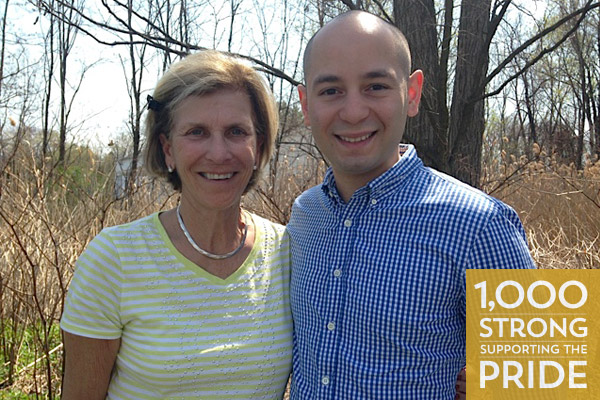 “Trinity-Pawling is the most important non-profit that I support, particularly in memory of my son, Billy Cartier ’89, in whose memory we established a scholarship fund. Flip Suarez ’03, the first recipient, graduated from college, worked in Boston for five years, and recently married and moved to Saratoga Springs where he is employed by a chemical company in software development. Trinity-Pawling launched Flip on a path of becoming the first member of his family to graduate from college and finding success in both his personal and professional life.” 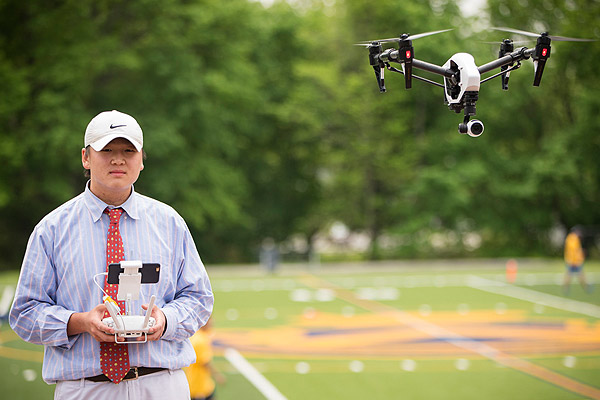 Justin Yip ’15 describes himself as a visual learner. A resident of Hong Kong, he was raised bi-lingual, and recalls struggling with written instructions. Frequently, he found himself turning to YouTube tutorials to illustrate a lesson instead of the written word. “I was truly inspired by some of the short films I watched. Those films were more beneficial to my learning style than any text book,” he explains.

An epiphany occurred during Yip’s sophomore year at Trinity-Pawling when he received a GoPro for Christmas. “Suddenly I had a camera capable of getting great footage, and I realized I could start telling my own stories.”

A varsity skier, Yip made his first video for the Trinity-Pawling ski team. (He also played for varsity football and varsity golf during his four years at T-P.) Yip taught himself how to edit by watching video tutorials, and he is now highly proficient with film editing software like Final Cut Pro, Adobe Premiere, and Adobe After Effects. By the time senior year arrived, Yip had acquired significant skill as both cameraman and editor.

Yip returned to campus in the fall of 2014 with a brand new toy, a DJI Phantom 2 drone. His aerial films on subjects such as golf and skiing quickly gained notice on campus and were featured on the T-P website. During winter term, he enrolled in Trinity-Pawling’s Digital Media elective. Digital Media Instructor Bryn Gillette describes Justin’s videos as, “…defined by a whimsical viewpoint, masterful editing, and set perfectly in rhythm to a carefully chosen mood.” He continues, “This ‘right-brain’ intuitive design is particularly impressive from a student who is also so strong in his articulate and organized ‘left brain’.”

As Yip contemplates the future, his passion for filmmaking is boundless; his enthusiasm, contagious. The enthusiasm he helped generate on campus will continue within the student body and next year’s crop of digital media students.  “It was a common occurrence to have Justin answering technical questions or showing us new tips, tricks and techniques he discovered during his work, “ says Gillette. Meanwhile, Yip continues to learn from the films channels he subscribes to on YouTube. When asked what brand does it best, he answers without hesitation and with a smile, “GoPro. I’d definitely like to work for them someday.” 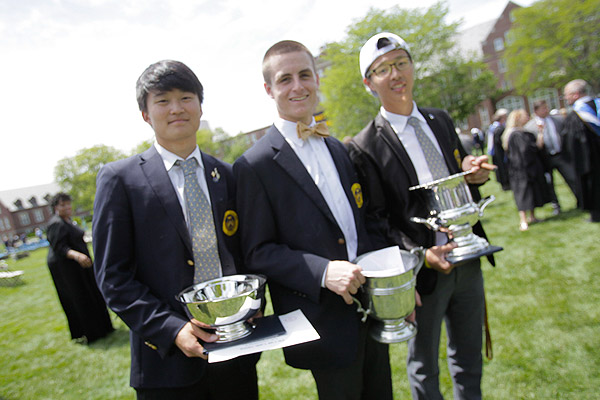 Read more and view photos on our Flickr gallery.

Read about Stepping Up and view photos.

Class of 2015 joins the alumni brotherhood 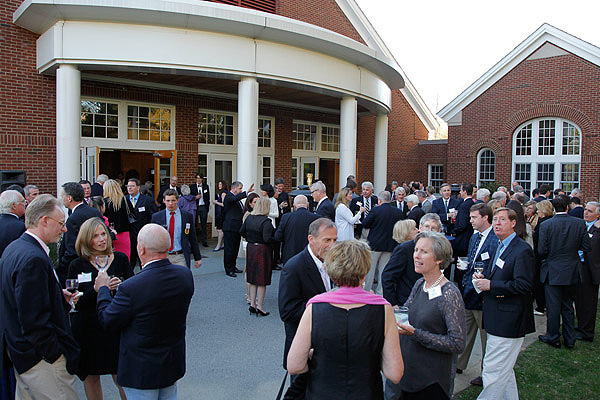 Gratitude for Vision and Leadership

On May 1, over 250 alumni, family and friends gathered on campus to thank Arch and Gay Smith for their tremendous legacy to Trinity-Pawling. The evening, hosted by President of the Board Elizabeth Peale Allen, included tributes from alumni and faculty, as well as a surprise appearance by the senior class.

Read more about the gala and view photos on Flickr.

On May 24, the Smiths presided over their final Commencement ceremony. They will officially conclude their service to Trinity-Pawling on June 30, 2015. Our entire community wishes them happiness in their next adventure, and we know their connection to the world-wide Trinity-Pawling family will be continual and unbroken. 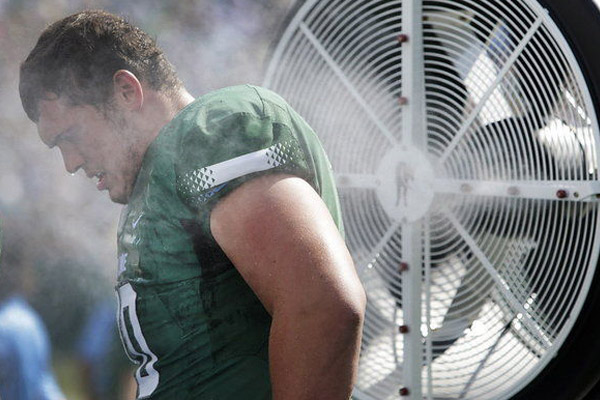 Staying in the Game

Sean Donnelly ’10 gets an opportunity to continue his playing career as he signs a free agent contract with the New York Giants.  Donnelly, a 6-foot-8, 307-pound offensive tackle from Pelham, NY, finished a successful career at Tulane University where he was a four-year letterman who appeared in 42 games with 36 starts.

As a senior, he started all 12 games and helped the offense average 346.7 yards per game (145.5 rushing, 201.2 passing). As a junior, he started all 13 games, helped Tulane reach the R+L Carriers New Orleans Bowl and was named third-team All Conference USA by College Sports Madness and honorable mention All-C-USA by the league coaches.

Donnelly was a three-year letterman at Trinity-Pawling, where he saw time along offensive and defensive lines. He was named a two-star prospect by Rivals.com and Scout.com. As a senior, he was named Class A All-Erickson and All-New England. He was also a member of the Honor Roll.

A huge congrats goes out to Sean! 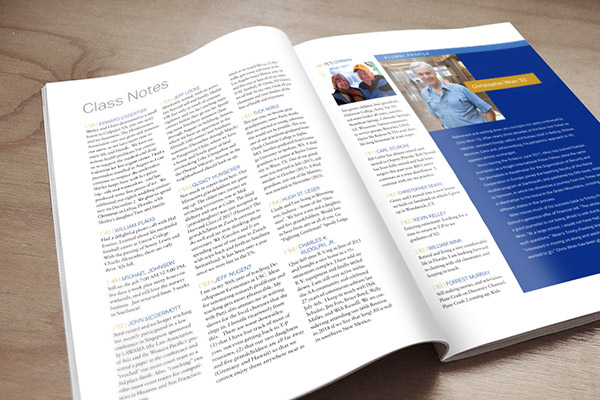 The Pride wants to hear your news

All year long, we’ve been on a mission to share more stories of Trinity-Pawling alumni—from all professions, regions of the world, and walks of life. And we’re committed to that goal going forward. Class notes are a great way to let us know what you’ve been doing, and to give a shout out to the Pride as a whole.

Seize the moment; submit online now. Our worldwide community is waiting to hear your news, your perspective, your plans for the future. Your story matters to us all! 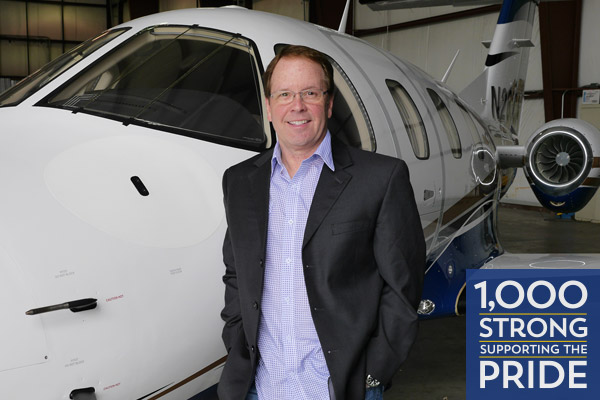 I support Trinity-Pawling because—simply put—it changed my life. My parents made a huge sacrifice to send me there, with an opportunity to turn my life around, and it worked. The whole environment, my teachers and my classmates have had a lifelong impact on me. I give back to the School because I want to provide support for other boys and families who are making the same choice. I support Trinity-Pawling over my college because the School needs my support and deserves it. I believe T-P is collectively making the world a better place one kid at a time.

Cam Dunlap ‘80 is representing his class as a Reunion Co-Chair for his upcoming 35th reunion.