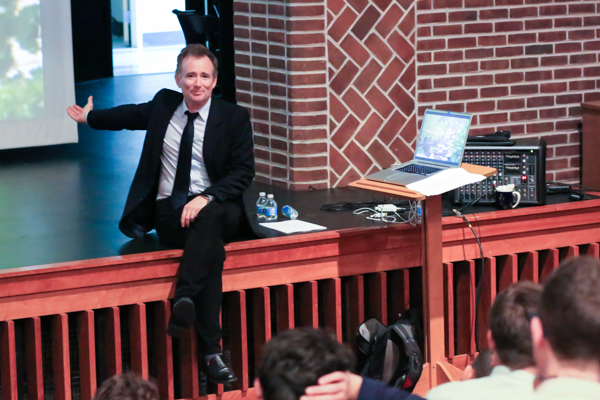 In 1995, Rachman began making narrative films and co-founded Slamdance Film Festival after his first Sundance rejection.  Described as Sundance’s “edgier alternative” Slamdance caters to emerging filmmakers and low-budget independent films. His feature directorial debut came in 1999 with Four Dogs Playing Poker starring Balthazar Getty, Forest Whitaker, Tim Curry and Olivia Williams.  His documentary American Hardcore, which chronicles the hardcore punk movement from 1978-1986, brought him back to his music video roots.  The film premiered at Sundance in 2006, was bought at the festival, and released by Sony Pictures Classics.  Rachman remains heavily involved in Slamdance, and is currently juggling a number of projects.

Rachman attributes part of his success to being at the right place at the right time, and to his creative passion that has fueled his entire career. But he underscores the importance of the perseverance and focus he learned during his T-P days. “I was open enough to let something affect me passionately and I had the self-discipline to stick with it.”

Trinity-Pawling students got a first-hand introduction to Rachman’s world of music video and documentary filmmaking, when he came to campus on April 26th. The entire student body gathered in Gardiner Theater to hear Headmaster Bill Taylor “interview” Rachman about his experiences at Trinity-Pawling and his exciting career. Rachman then broke out with smaller groups of students for Master Classes in New Media & Documentary Filmmaking, and Theater and Acting.

Thank you, Paul for giving back to the brotherhood!