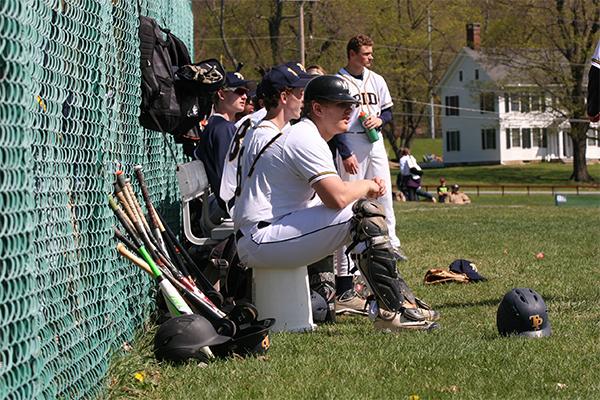 Have you ever wondered why the Major League Baseball Players Association (MLBPA) is the most successful union in the country? If you have, then you would have learned all about this and more in Slade Mead’s Business of Baseball class. In this elective, 12th graders learned about the evolution and history of the relationship between team owners and their players. Topics covered included the creation of the union, which includes the “Curt Flood Case”, the “Andy Messersmith Case”, and the “Catfish Hunter Case”.

At the end of the term, the students put together a two-day arbitration hearing. “This year, three students represented the New York Mets, while three represented Matt Harvey, the Mets’ ace. In the hearing, the players submit a brief which is complete with prose and excel spreadsheets,” says teacher Slade Mead.

Preparation for the arbitration meant students researched a player, submitted a salary figure based on that player’s service time, statistics, and comparable with other players in a similar situation. The students then wrote up the brief, which then was submitted to a three-member arbitration panel. For two days, the students try to make their case with just one side winning. “It is both intense and hard because it is as realistic as I can possibly make it,” Mead says.

Slade Mead enjoys teaching the class, especially to the seniors who are about to embark on their college careers. “This class is just for seniors, so I have the opportunity to spend some time with them before they go, and say goodbye in an academic way,” Mead says. “I hope one day these guys are at a baseball game or meet a Major League player and they will understand who Curt Flood, Marvin Miller, Bart Giamatti, or Walter O’Malley was. Baseball is built on the shoulders of those before us. Appreciating history always makes the game all that more beautiful,” Mead concludes.