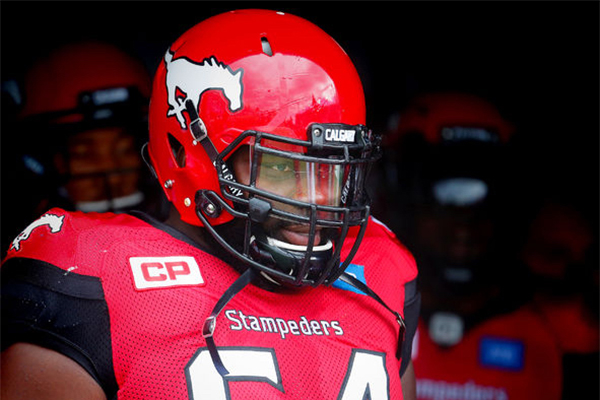 Derek Dennis ‘07 came to Trinity-Pawling as a senior from Peekskill High School in New York in search of educational opportunities that would improve his chances of attending college, while also honing his athletic skills. “Basketball was his first sport at Peekskill, but he also played football there,” Trinity-Pawling Football Coach Dave Coratti P’08 explains. “In his first games at Trinity-Pawling, Dennis was starting at defensive tackle, but we had a need on the offensive line, so for the remainder of the season he started at offensive and defensive line. After proving his skills in a game against Avon, I told Dennis and his parents that there would be interest in him as a Division 1 football player. At that point his parents still thought Dennis would pursue basketball, but after Derek’s football film was sent to a number of colleges, the interest grew.“

Temple University offered Dennis a Division 1 football scholarship in the fall of 2006, where he went on to start on the University’s offensive line for four years and played in the East-West Shrine game (a senior college all-star game) in 2012. Dennis then signed as an undrafted free agent with the Miami Dolphins in 2012. He was in the NFL on the Chicago Bears and Carolina Panthers practice squads, and he ultimately signed with the Calgary Stampede of the Canadian Football League in 2015. This past season he started in all 18 regular season games for Calgary, and after the playoff games Dennis was named the Most Outstanding Offensive Lineman in the CFL.

While Dennis attended Trinity-Pawling for only one year, the experience has stuck with him throughout his college and professional career. “The biggest lesson I learned at Trinity-Pawling was how to be a productive member of society. I learned camaraderie and brotherhood while understanding the importance of being a team member. Trinity-Pawling is where I learned how to be selfless and sacrifice to meet team goals,” Dennis says. “I owe a lot to Trinity-Pawling for helping me grow into a well-educated young man with substance and structure, and Coach Dave Coratti and his family helped change my life. The reason I play football today is because of Coach Coratti and his direction and guidance. He believed in me and saw in me what I didn’t see in myself and I will forever be appreciative of that.” Dennis concludes.