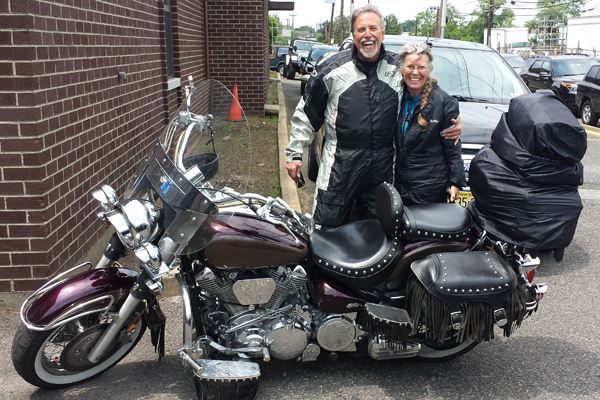 The road trip Chris Lamorte ’73 and his wife Judy took on his motorcycle last summer can be summed up in a sentence, though the memories and experiences are far more unabridged. The couple navigated their way from their home in Missouri, and headed east on two wheels.

In their quest to reach destinations east of the Mississippi River, Chris and Judy made their way from state to state, while working in visits with ten Trinity-Pawling brothers along the way.

“These are my brothers from other mothers. We grew from boys to men together. We know each other better than most know us. We are the same people we were at T-P, but our individual development, since then, seems to have enhanced us as a coterie,” Lamorte says. “We are also more clearly defined, individually and collectively, and grow closer with each passing year.”

This closeness, Chris refers to, can be attributed to the Brotherhood of T-P. While he only sees his classmates every five years at reunions, it is the common bond they share from experiencing T-P together that keeps them close with each passing year; that—along with “music and humor”, according to Chris.

As for highlights of the trip? Having a dinner party with 7 alums at Willis’ house and riding the Blue Ridge Parkway.