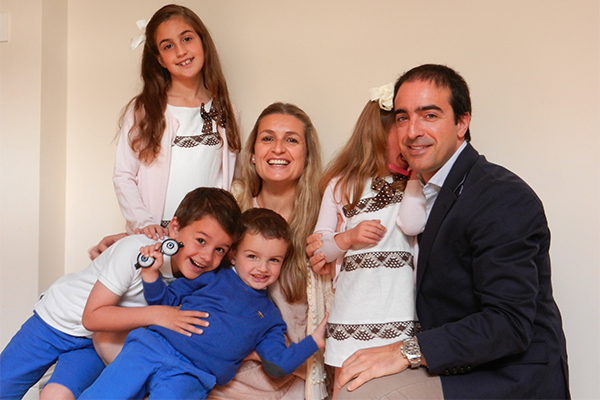 “Hedge funds are sometimes called ‘The Big Humiliator,’ said Roman Zurutuza ’91. “Since it’s all about probability, there’s a lot of guesswork and finger crossing. No matter how good you are as an investor, at least 45% of your decisions are wrong. A doctor or lawyer couldn’t afford a failure rate like that.”

For the past 13 years, Roman Zurutuza ’91 has managed $2 billion at Gruss Capital, a European hedge fund based in London. Zurutuza developed an interest in business while at Trinity-Pawling. “The librarian, Eva Von Ancken, took me under her wing and showed me the economics section. I spent all my free time reading about business. Reading fueled my curiosity and sharpened my interests.”

“My two years at T-P influenced my life,” Zurutuza reflected. “I went from a medium-size Spanish city living with my parents to an American boarding school in the countryside. I became responsible and resourceful and learned how to solve my own problems. T-P also taught me to speak and write proper English. I could never have achieved my current life without these invaluable skills.”

After T-P, Zurutuza earned his degree in finance from a Spanish university, returned to the U.S. to work at IBM in Westchester, then went back for his MBA in France. Three years of investment banking at Salomon Brothers in London followed before he landed at Gruss. In 2003, he married a childhood friend, Raquel, and now the couple has four children, ages 12, 8, 7, and 5.

At Gruss Capital, Zurutuza oversees the bulk of European investments. “In the finance world, most firms have a single focus. Here we have a broad spectrum, a diverse range of options. We invest in 20 major European countries. That can mean 20 different languages and cultures.”

He credits the School for nurturing his curiosity. “I was surrounded by faculty and resources that enabled me to explore new ideas. I developed the discipline to learn and the curiosity to branch out. Learning became an incentive, not a duty.”

“When I went back to campus in May 2015 to see Arch Smith before he retired, I was blown away by how the School has evolved in two decades. And even as faculty have come and gone, there’s still a strong sense of continuity and tradition. Over the past 25 years, I have met so many people who either went to T-P or had a friend or relative attend. There’s an immediate sense of belonging, of shared experiences, as we get talking about chapel, sit-down meals, Stepping Up. I am so proud to be part of this community and look forward to reconnecting with my classmates at our 25th reunion this fall!”