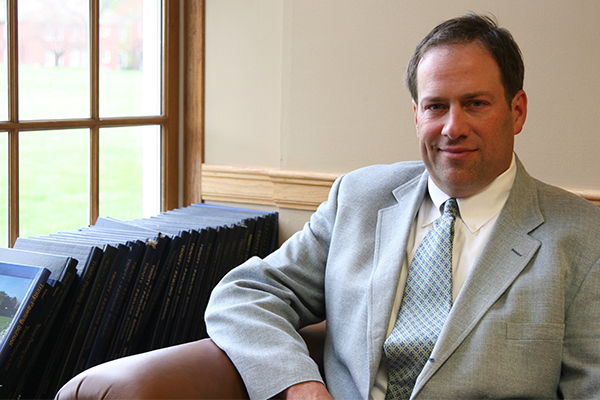 Frank Fritts, history teacher and coach, is now in his 6th year at Trinity-Pawling. After attending Haverford College and trying out the legal profession for a number of years, Frank’s career took a turn toward education, a field that he grew up around. “My great grandfather was a professor at Columbia and established a camp for boys and then one for girls in Maine as an educational way to get children out of the cities during the middle of the industrial revolution,” Fritts explains. “My family and I still run the girls’ camp (it was 100 years old last year!).” After pursuing his Masters in Education at Harvard, Fritts started his boarding school career in Massachusetts for a year, and then ultimately landed at Trinity-Pawling School, where he now lives on campus with his wife Katy and their two young children.

Through this years’ Winter Project initiative, Fritts led four different projects, each co-led by a respective colleague. The Winter Projects charged teachers from different academic departments to work in pairs to create projects which explored an interdisciplinary topic. Students then chose from these topics and became immersed in a learning environment that was hands-on and collaborative. The projects Fritts developed were ‘Post WWI Art in America’, ‘The Chivalrous Warriors’, ‘New England Fisheries’, and ‘The Aztecs’. With a wide range of subject matter, Frank was able to appeal to a variety of students.

“Each project evolved differently, and we learned a lot through the process” Fritts explains. “We learned a number of new things content wise, for instance striped bass are one of the few fish that spend part of their time in fresh water and part in salt water (New England Fisheries). From an educational standpoint I realized how much our students thrive with this type of learning. They loved digging into topics that they had a passion about and researching independently. My students gained a greater understanding about what it takes to conduct an in-depth research project, which will help them for their remaining time here and eventually in college.” Fritts concludes, “Additionally, I personally benefitted from working more closely with colleagues in a different way from what I am used to and for that I am thankful.”