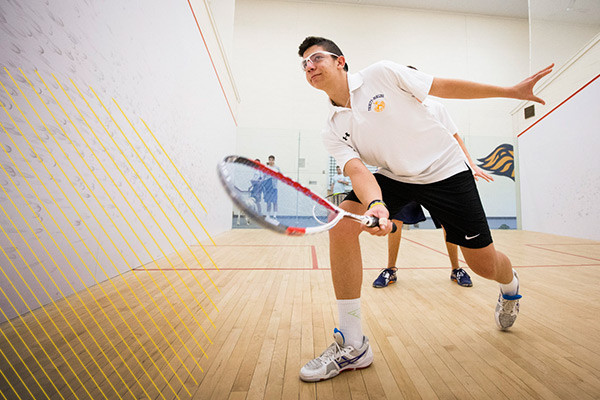 Check out winter scores and highlights 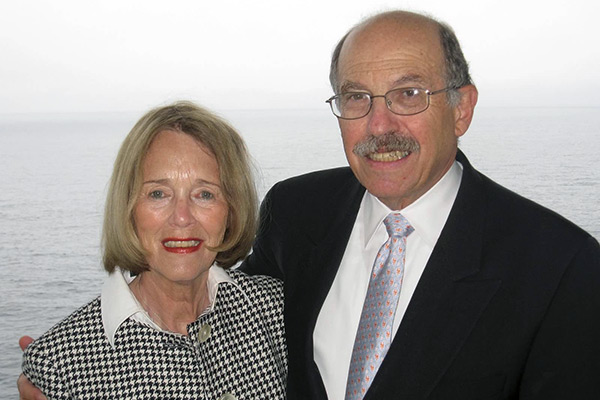 Erik Olstein’s passion for Trinity-Pawling’s singular education is palpable through the phone lines of his company headquarters in Purchase, NY, where the 1986 alumnus and father of three—two sons are also graduates and the third is currently a sophomore—serves as President and Chief Operating Officer of the eponymously named Olstein Funds. That zeal, explains Olstein, is born of the values that were inculcated during his three years at T-P. “Then as now,” he says, “the school community instills that you have to advocate for yourself while also caring about your peers. You can’t be a man of character unless you are concerned with the welfare of those around you.”

Recently, Olstein put those values into action with a generous gift to his alma mater, creating the Joan and Elliot M. Olstein Endowment Fund to honor the parents who made possible his and brother Jon’s (Class of 1987) T-P educations AND to ensure that future generations of students will be as well served as his family has been. Income from the fund, which is unrestricted, eventually will be channeled to those projects and programs that T-P and its board of trustees deem most critical to the growth of the school and its faculty and students.

A trustee at T-P since 2006, Olstein, who participated in long-range planning for Trinity-Pawling in 2010 and more recently co-chaired the search committee for the new head of school, explains that, for him, giving to the endowment serves two crucial purposes: “One, it ensures the school’s financial future, because we don’t want to be in a situation where we are tuition-dependent. Two, in addition to the Annual Fund, it provides a vehicle for giving back yearly to the school for which my family and I have a lot of love; in other words, it’s a legacy.” 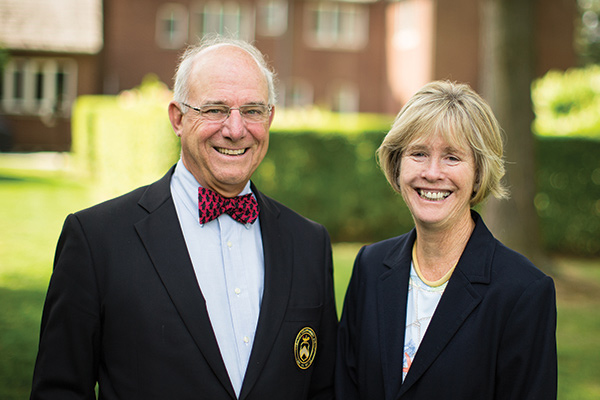 The Trinity-Pawling Board of Trustees invites all members of the T-P family to attend a dinner celebration for Arch and Gay Smith on May 1 on the Trinity-Pawling campus. Invitations will follow in late February…save the date today!

Meanwhile, we are gathering stories and messages to share in an online archive for Arch and Gay, as well as in the spring issue of the Trinity-Pawling magazine. Share a memory or send a personal thank-you by emailing Allison Baker, director of alumni engagement and communication.

You are also welcome to share photos on social media. Be sure to tag @trinitypawlingschool and use #tpshoutout . Your profile must be public, otherwise please email your posts to Allison Baker.

Save the Date, Send thank-you message 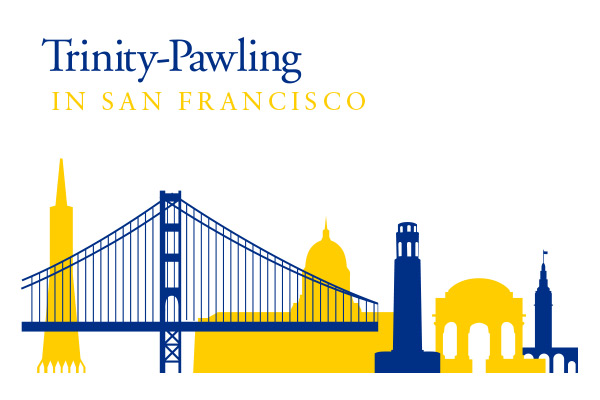 In this special year of celebration, Trinity-Pawling is visiting more cities than ever before. We hope to see you this spring in one of the following locations. Join us for networking, memories, food and fellowship—and to say farewell to Arch and Gay Smith.

For more information, contact Beth Bryant at 845-855-4811 or bbryant@trinitypawling.org

See photos from our fall events in the Trinity-Pawling Flick gallery. 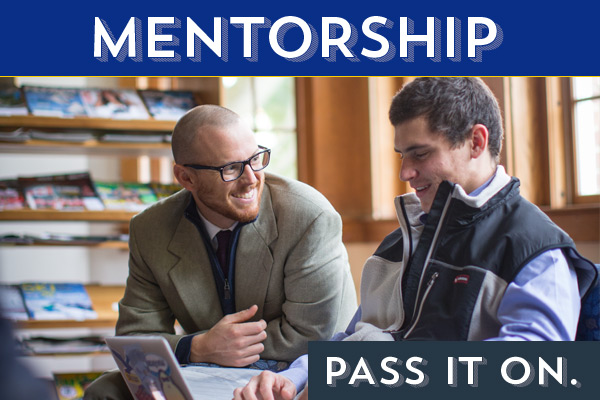 When you give to the Trinity-Pawling Fund, you provide the mentors and programs that truly change boys’ lives. The Pride has raised 75% of its dollar goal so far—join in today  with your support.

Every gift has impact. You can direct your gift wherever its needed most or to a specific program that is important to you or your family.

Your gift can be of any amount—it’s your participation that matters most of all.  Help sustain the transformative power of a Trinity-Pawling education and make your gift today.  Thank you. 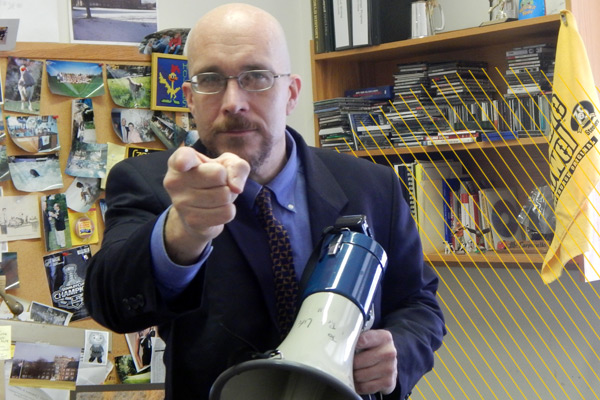 We need you! Two anonymous young alumni have generously pledged to match every gift that comes in during the month of February from their fellow young alumni. For each gift, these two will add an additional $50 to the Trinity-Pawling Fund, up to a total of $5,000.

The record is 83 gifts in one month. Can we beat it? You bet we can! 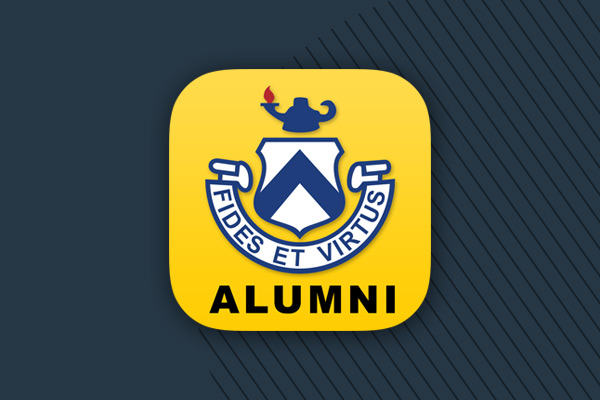 Trinity-Pawling alumni now have access to a new mobile app that shows the location of T-P alumni world-wide. Use the app for networking, to find classmates, submit news and class notes, and to receive the latest School news.

The app is free, powered by EverTrue, and syncs automatically with your LinkedIn profile. Download available for both Apple and Android devices.

Learn more and get started! 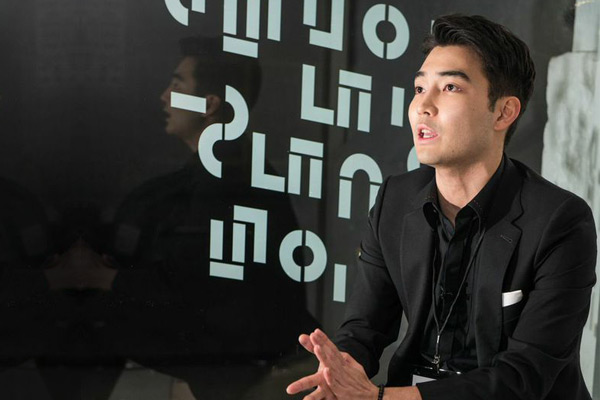 As a recent graduate of New York City’s School of Visual Arts working in advertising, Hyui Yong Kim ’06 noticed something about ads promoting his native Korean culture in the United States. “I wasn’t sure who they were talking to, or what they were trying to say,” he remembers. “I felt like there was no strategy behind it and I wanted to find a better way to communicate our culture to the American people.” Then in 2012 he was asked to design a logo and brand for Stigma & Cognition New York, a non-profit created to foster cultural understanding through clever, not to mention stylish, presentations of Korean culture and history. Before long, Kim had signed on as one of the group’s founding members.

Stigma & Cognition’s first show was held in 2013 and slyly titled “The Most Talked About Typography Exhibition Among Those Who Talk About Typography Exhibitions.” Devoted exclusively to art created with Hangul, the Korean character alphabet, the exhibit offered “insight into the vast potential of the artistry of Korean language.” Spurred by its success, Stigma & Cognition mounted another exhibit last December entitled “Found In Translation,” which featured pairs of typographic artworks—a piece in English made by a Korean artist and a piece in Korean made by a Western artist. “Every language looks different, and the way we express it is different, but eventually there’s a common denominator between cultures,” Kim explains. “For example, ‘Why so serious?’ in the States could be said ‘Are you shooting a documentary?’ in Korean because a documentary is usually so serious.”

The show’s understanding of the value of cultural exchange and cultural similarities echoes Kim’s own understanding, which took root during his years at T-P. “That was my first experience leading my life with people from different countries like Saudi Arabia, Japan, and others,” he remembers. “And it was one of the best experiences of my life. Now, wherever I travel, I see my friends from high school, which is really nice.” 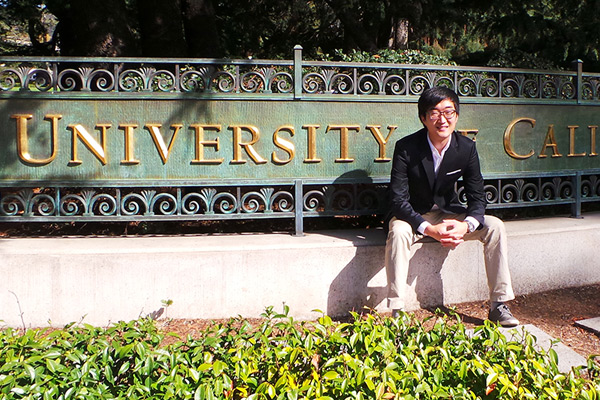 A Scientist Is Born

What’s it like to perform groundbreaking research and then publish your findings in the leading scientific journal of our time?

Joon Sub Lee ’11 can answer that question—with a twist. Not only did the former T-P valedictorian recently coauthor a Nature article, but he’s still in his early 20s. That makes him a rarity even among the elite procession of names that have appeared in the magazine.

Modesty, however, is also in the young researcher’s repertoire. Although Lee is currently pursuing undergraduate degrees in molecular cell biology and public health at the University of California, Berkeley, he claims to have “a long way to go before I can call myself a scientist.”

That may be true in a strictly professional sense. But in his sophomore year at Berkeley Lee began working at the university’s widely respected He Lab, a hot spot for advances in cell biology. Soon he was immersed in the histological analysis of mouse tissue samples. Making precise observations of physiological defects in the mice, Lee helped prove that a genetic component called miR-34/449 plays an important role in the cellular process known as ciliogenesis.

Hardly your typical college-level biology. The results described in Nature could pave the way for new research into COPD and other respiratory tract diseases. Not bad for a kid who, once upon a time, wondered if his decision to attend high school in the U.S. would have “good results.” It’s that kind of questioning, of course, that makes a good scientist.

So—what was his reaction when he learned of his Nature accomplishment, only three years after graduating from Trinity-Pawling? “I’m not going to lie,” says Lee. “It was a pretty awesome feeling.” 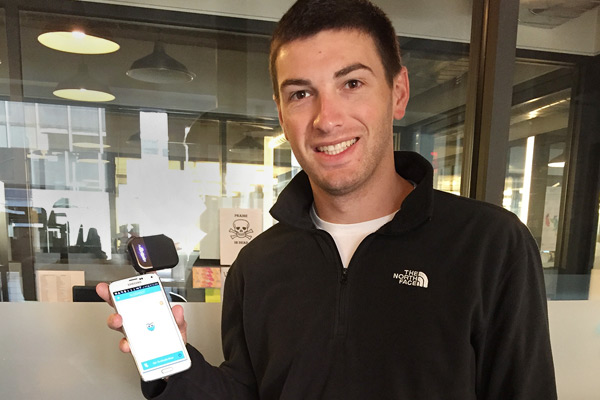 Just a few years out of college (Syracuse), Max Koeppel was introduced by a family friend to two young men with a potentially revolutionary business concept—a smartphone breathalyzer—but few ideas for how to get it manufactured and into the hands of consumers. Intrigued, Koeppel, who was then working in his native NYC as a project manager for a home entertainment company, immersed himself in research. Hard on the heels of the explosion in wearables and diagnostics (think Fitbit), the personal breathalyzer market, he discovered, was about to get real. Koeppel decided to invest, becoming both a co-founder of Alcohoot LLC and the nascent company’s chief operating officer.

Weighing in .4 ounces and only slightly larger than a box of matches, the pocket-sized Alcohoot, which currently retails for $100 and is the first smartphone breathalyzer equipped with law-enforcement grade sensors, works in tandem with a free app to allow users to accurately track their Blood Alcohol Content (BAC) whenever, and wherever, they wish. Graphing and other logarithm-based analytics further support users in understanding consumption patterns and safe limits, and the app even offers recommendations for local restaurants and taxi services.

According to Koeppel, sales of Alcohoot (currently available Stateside in 600 Targets, nine Bloomingdales, and numerous Apple Premium Resellers and other stores, and shipping outside the US to 35 different countries) are growing steadily month by month. Perhaps most interestingly, the innovative product has grabbed the attention of the alcohol industry. The happy result? Ground-breaking, cross-promotional partnerships between Alcohoot and the likes of Heineken and Pernod Ricard.

With his burgeoning company about to turn three and rapidly gaining recognition and market share, Koeppel is eager to see what the future will bring and grateful for the work ethic instilled during his four years at Trinity-Pawling, where he played soccer and hockey and served as yearbook editor his senior year. “The way I do things, the way I like to work, I learned there,” he explains, emphasizing the premium he places on both efficiency and thoroughness. “I’d like to think that those qualities will continue to help me grow a product with the potential to save a lot of lives.”