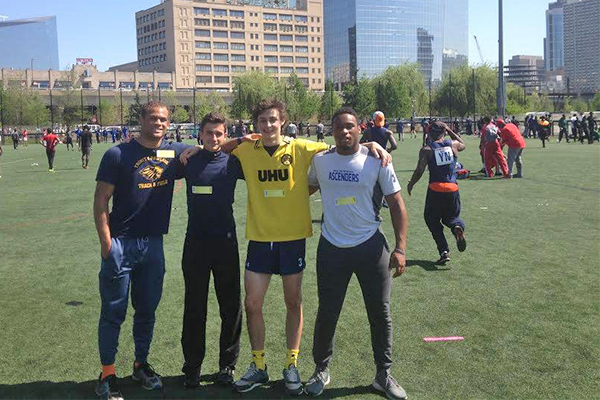 The spring athletic season is under way!

Varsity baseball is 5-2 on the year with big wins over Westminster 15-2 and Salisbury 9-4. Will Rickert ’19 and Nikolaus Rango ’17 have been fantastic on the mound with relief work being performed by Chris Polletta ’17 and Ryan Winn ’17.

James Varian ’17 and Will Dencker ’17 led the Trinity-Pawling offense that has scored 64 runs in only seven games.

JV baseball is 4-2, highlighted by a 10-9 victory over Salisbury last week. The Pride scored five runs in the bottom of the ninth inning to steal the win last Saturday. Ryan Legris ’19 and Brandon Lombardo ’20 have led the team from the plate.

Varsity lacrosse is 6-3 on the season including a 10-9 overtime win over Westminster and a 16-9 victory over Andover. The Pride have been led defensively by Ethan Black-Fernandes ’17 and goalie Sam Shafer ’17. Offensively, attackmen Chris Connolly ’17 and Gabe Procyk ’19 lead T-P in goals and assists.

JV lacrosse is 3-1 with wins over Canterbury, Hotchkiss, and Westminster. Nikolai Degenhardt ’17 and Tyler Weicker ’17 lead the Pride in points. Thirds lacrosse is 0-4 with a close 9-6 loss to Canterbury.

Varsity golf is 1-3 on the season with a 211-216 victory over Canterbury. Seniors Chris Taylor and Dennis Ilmela have been consistently the top two scorers for the Pride. Jack Kong ’18, Max Levine ’17 and Zach Mazur ’17 have also been constant contributors to the team.

Varsity track is 3-4 on the season with wins over Brunswick and Canterbury.  The highlight of the season was a fantastic performance by the 4×100 relay team at the Penn Relays.  Jeff Thompson ’17, Stephen Morrissey ’17, Avery Johnson ’17 and Ray Davis ’18 won the New England Prep School relay last Friday at the University of Pennsylvania.

Varsity tennis is 1-1 on the season with a 5-2 victory over Canterbury early last week.  William Yao ’17 leads the squad from the #1 position.