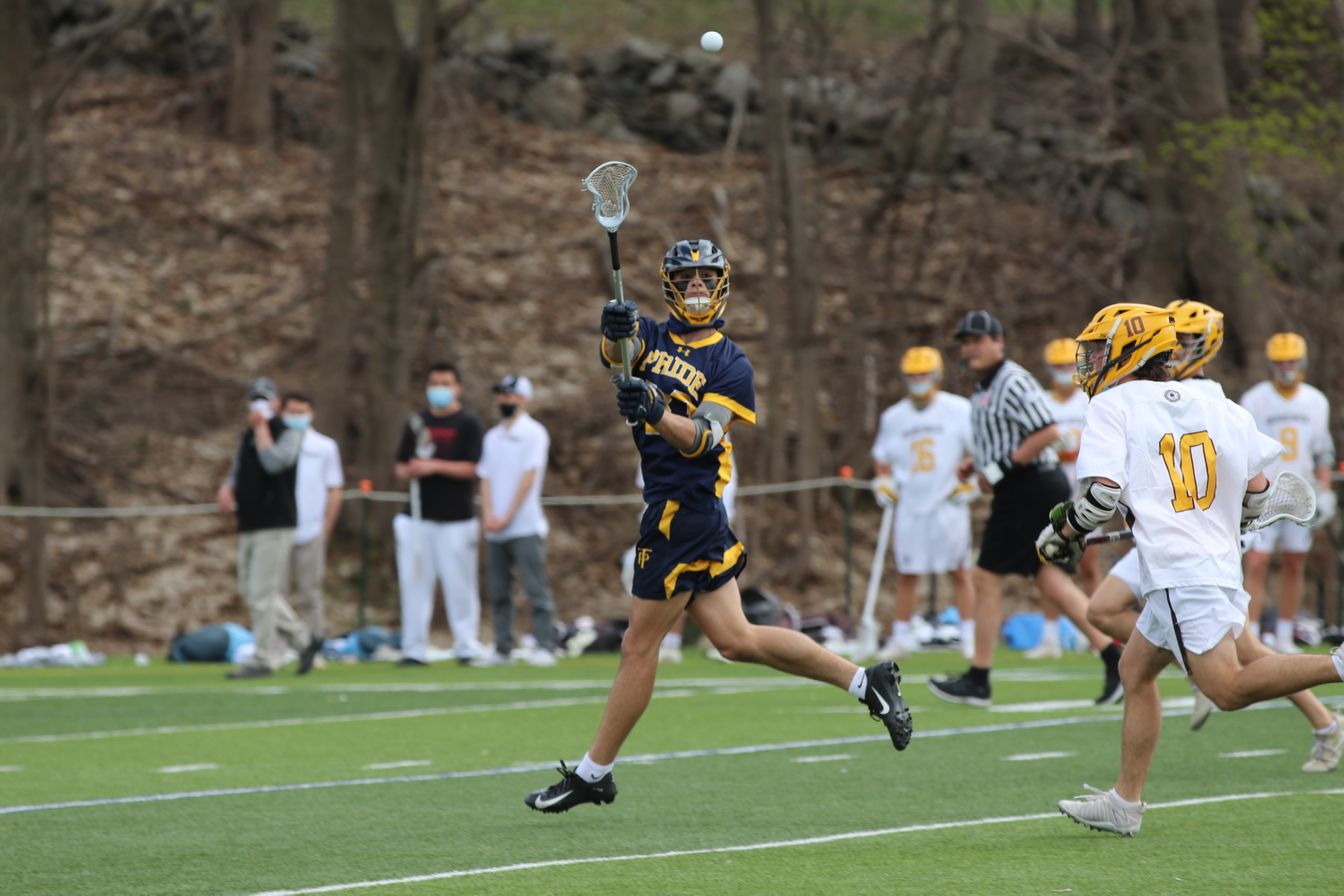 The Pride baseball team found their way to a 2-0 win against Lawrenceville School last Saturday after a postponement of their originally scheduled series with Brunswick School. The game was highlighted by excellent defensive plays, beginning with a put-out at home plate by right-fielder Nick Vega ’22 to save a run in the opening frame. Connor Haywood ’21 was gritty on the mound through three scoreless innings and Jon Link ’21 sailed through the middle frames. Younger brother Peter Link ’23 cashed in an RBI single, and catcher Liam Haywood ’23 impressed in his first Trinity-Pawling start with two hits and a run scored, while backup catcher Chris Watrous ’21 made a strong throw to second base to pick off a runner in the bottom of the seventh, helping PG Chase Swain ’21 to his first save of the season. The team looks towards Kent this weekend for a three-game series.

Varsity lacrosse faced a tough matchup against top-ranked Brunswick last weekend, dropping both contests. Goalie Sam Silverman ’22 shone in the 13-5 opening loss with a number of impressive saves to keep the game close through three quarters, and Stuart Phillips ’21 notched his first goal of the year with a rare off-hand bouncer from 16 yards out. In Saturday’s beautiful home opener, a socially distanced parent’s section had the opportunity to see the boys play live for the first time in two years. Alas, the Pride struggled to keep up with Brunswick’s 25-man rotation, dropping their home opener 13-8. Tucker Kellogg ’23 showed off his impressive shooting, leading the Pride in scoring on the day. As of this writing, the Pride leads Kent School 6-3, and looks to sweep the weekend with a home contest on Saturday.