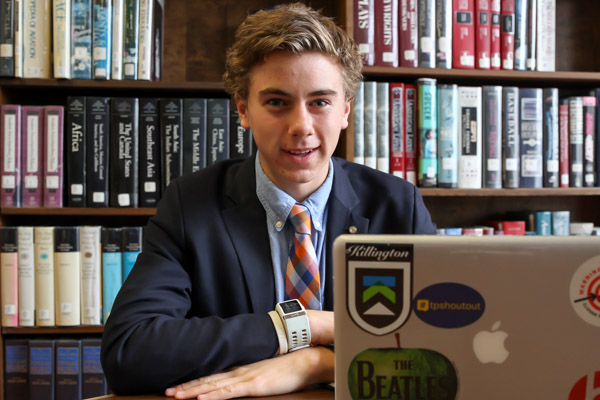 Will Estony ’17, of Hopewell Junction, grew up listening to Classic Rock and Roll.  He was given a guitar when he was 6 and now plays in Trinity-Pawling’s Jazz band.  An avid runner, Will is captain of both the Cross Country and Track and Field teams.

Also interested in applied mathematics, Will recently took the term elective Introduction to Programming with Mr. Metcalf.  When he had the opportunity to program his own game, Will quickly realized he wanted to incorporate his “eclectic and diverse” taste for music into his project – a game show format in which users choose between three genres – Classic Rock, Hip Hop and Pop music.  Watch the video to learn more.