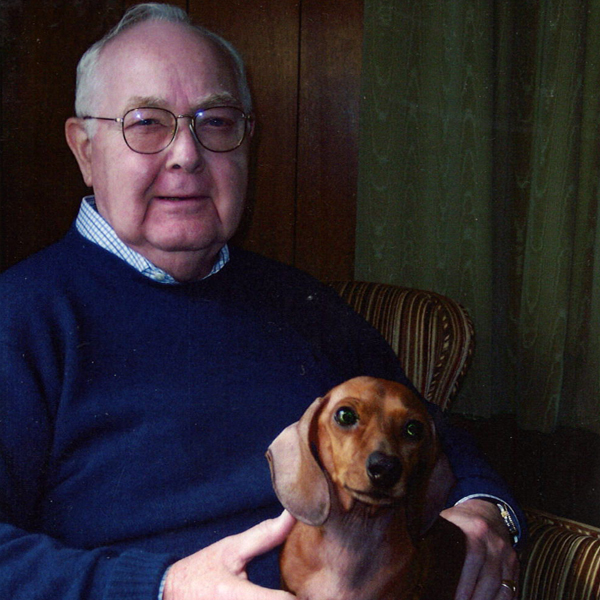 Dr. George Coulter lays unique claim to knowing all seven Headmasters of the School, from its founder Dr. Gamage to Bill Taylor. Since 1928, he has lived in his family’s home along Coulter Avenue, the road that generations of boys have traveled to get from campus into the village of Pawling.

Coulter had always dreamed of attending the Pawling School, but by the time he reached 14, the School had just closed its doors. That was 1942.

“Sure I was disappointed. I had spent much of my youth up on campus. Raphael Shortlidge came on as Headmaster in 1935. His son, Johnny, and I were classmates at Pawling Elementary School, and I had great fun playing in the Shortlidges’ apartment on the first floor of Cluett. They had five kids and were pretty loose compared to Fritz Gamage and Dr. Gamage. Mrs. Shortlidge would host teas almost every afternoon for anyone to drop by. They ran two popular summer camps in New Hampshire which many Pawling boys attended.”

Although Coulter couldn’t attend the Pawling School, Dr. Gamage did help get him into college. “He made a phone call for me and found me a spot at Bard College. Dr. Gamage was a generous and loyal man.”

An icon himself, Dr. Coulter has a long history in Pawling. Coulter’s grandfather had served as treasurer of the Pawling School under both Gamages. His family helped establish the Pawling Savings Bank, and Coulter was the town’s dentist for more than 40 years. Several of Coulter’s cousins attended Trinity-Pawling.

Coulter reflected: “Dr. Gamage was a character – he could get blood out of a stone! His son, Fritz, had the unenviable job of following in his father’s path and had a rough time. Matt Dann scared the hell out of most people though I saw a different side. He could turn on the charm when needed.”

“Phil and Holly Smith brought the School to new levels,” Coulter continued. “They really welcomed the public onto campus and improved town relations tremendously, with events like the Candlelight service, the Pawling Concert Series, and letting local teams use the hockey rink and soccer fields. Arch and Gay Smith continued those traditions and were involved in civic organizations. Their Christmas parties were a big hit with the town! And I knew Bill and Jennifer Taylor when they came to T-P as young teachers. It’s been great fun to watch the School evolve for 80 years.”

Trinity-Pawling is equally grateful for Dr. Coulter’s steadfast support of our faculty and boys over the decades.