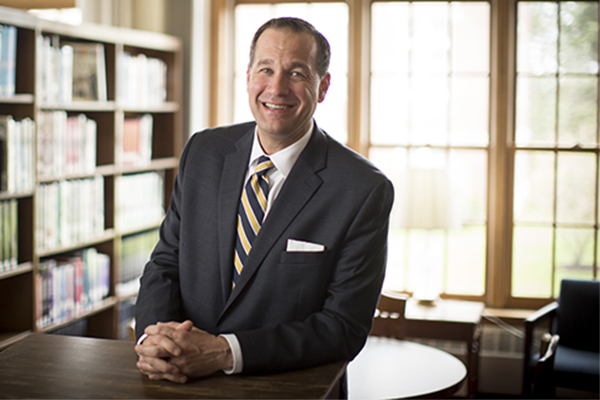 On Saturday, May 11, 2019, the trustees of Trinity-Pawling School elected Erik Olstein as Board President, effective July 1, 2019.

Olstein, of Wilton, CT, is currently the President and Chief Operating Officer of Olstein Capital Management, L.P. in Purchase, NY. He oversees the daily operations of the firm’s investment research, portfolio management, trading, client development, and relationship management functions. He also oversees development and execution of the firm’s growth strategy. Prior to the founding of Olstein Capital Management, L.P., he worked as a securities trader for Lehman Brothers. Before entering the financial industry, Olstein served as an aviator in the United States Navy.

Olstein also serves as a trustee and President of The American Friends of the National Museum of the Royal Navy (UK). He is a former trustee and Treasurer of the U.S. Naval Service Personal Educational Assistance Fund Inc., and is a former trustee of the National Maritime Historical Society. In addition, Olstein formerly served as a Scoutmaster, Boy Scouts of America. He holds a B.A. in Political Science from George Washington University, Class of 1990.

Like his predecessor Elizabeth P. Allen, who has been the Board President since 2003, Olstein is a gifted leader and will continue to lead the School, with wisdom, courage, and dedication, into the School’s next great phase of development. “I am honored to be the President of the Board of Trustees of Trinity-Pawling School. I have the opportunity to give back to an institution which has had such an impact in my life, and be a part of contributing to Trinity-Pawling’s future growth and success in educating young men for the future,” says Olstein.