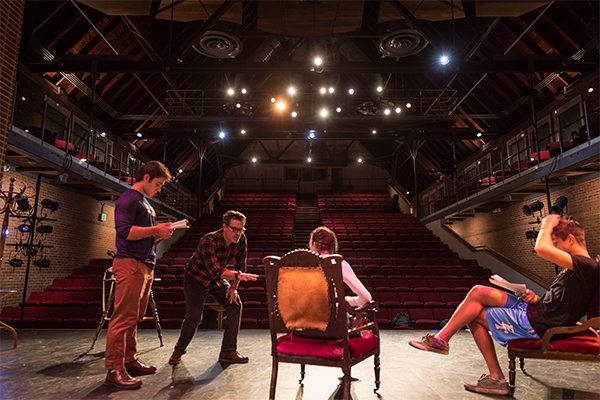 The Trinity-Pawling Theater Department’s main stage production for the fall term is The Curious Incident of the Dog in the Night-Time. The show is “smart, immersive, original, and brimming with humanity.” Rehearsals are in full swing — we can’t wait to watch this production come to life!

Story: 15-year-old Christopher has an extraordinary brain. He is exceptional at mathematics, but ill-equipped to interpret everyday life. He has never ventured alone beyond the end of his road, he detests being touched, and he distrusts strangers. Now it is 7 minutes after midnight, and Christopher stands beside his neighbor’s dead dog, Wellington, who has been speared with a garden fork. Finding himself under suspicion, Christopher is determined to solve the mystery of who murdered Wellington, and he carefully records each fact of the crime. But his detective work, forbidden by his father, takes him on a thrilling journey that upturns his world.

Performances will be November 14, 15, and 16 in Gardiner Theater.