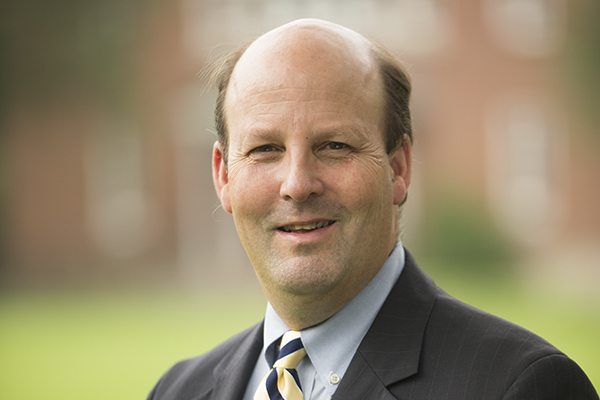 With an election fast approaching and a pandemic in our midst, the qualities of leadership and creativity prove an ethic of strong citizenship at Trinity-Pawling. I spoke with Headmaster Taylor to gain his insight on citizenship both on campus and across the country:

As a history teacher: How would you define citizenship?

First of all, I believe very strongly that it’s a word that has been poorly defined culturally. Too often, I think schools — including our own — have given out citizenship awards to the nice person, or the person who’s respectful, and the person who gets along with everybody. While I think that those are certainly some important attributes, they don’t even touch on what the full role of a citizen is, especially in a democracy. Those roles have to do with being aware: being self-aware, being communally-aware, and being civically-aware of the world going on around you, so that you can be responsibly engaged with this awareness.

What are some other guideposts to citizenship for Trinity-Pawling students?

I think you are seeing it every day in the midst of a pandemic. The focus of the common good is a critical aspect of what citizenship is. So every time you see someone wearing their mask or keeping their distance, they’re practicing citizenship — not just for this community but for the larger community, too. I think if you see the debate on whether this infringes on individual liberties or promotes the common good, that’s a citizenship discussion. I believe that individual freedom certainly plays a role in citizenship but you can’t be a sole citizen and not be aware of your impact on others if you’re going to be a true citizen. When you apply that to a democracy, this country only works if people vote, if people know that they should vote and that their vote has meaning. Their individual decisions have a collective impact.

So in the classroom, with an increasingly divided political sphere, how are we teaching to bridge those ideological divides?

One of the major themes in my course is the inherent tension between individual liberty and the common good. I think that if we are successful at teaching that historically, we then can teach what the role of citizenship has been historically in this country. In so doing, we are teaching students about their personal responsibilities of living in a democracy: to have an opinion! Not to have a certain opinion, but to recognize that they should have an opinion on things.