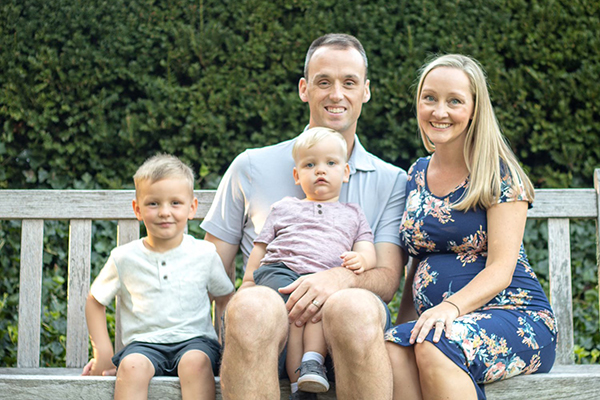 At the helm of the Rutgers’ offense, the recently minted Power-5 coordinator has to believe nothing can stop him. So far, nothing has. Since joining the Rutgers staff, the Scarlet Knights have set numerous school records for offensive output, and multiple players have earned Big-10 accolades.

Sean Gleeson’s coaching career began at Delbarton School in his native New Jersey, where he also taught English and Algebra. Although a long way from coaching at the highest level of college football, he won’t diminish those four years. Not only did it prove his future as a football coach, he met his wife, Lauren, during that time.

After a short stint at Farleigh-Dickinson University in his first college coaching job, Gleeson found his way to Princeton to work with the running backs under the tutelage of former college coach James Perry. Once Gleeson took over the offense from Perry, the Tigers amped up their output. Three Ivy championships and an undefeated season that set points and scoring records in the Ivy League caught the interest of FBS programs, leading Gleeson to pack up his wagon and head west, assuming the offensive coordinator role at Oklahoma State University.

Thus is the life of a college football coach: while rewarding in many ways, staff turnover is high and no job is secure. Thankfully after just one year, Gleeson was offered the OC job at Rutgers, and he headed back east to his home state in 2020. Creative thought and an aspirational attitude prepares Gleeson for any challenge, and with three young children — one just born in November — he has his hands full, with a lot to look forward to.