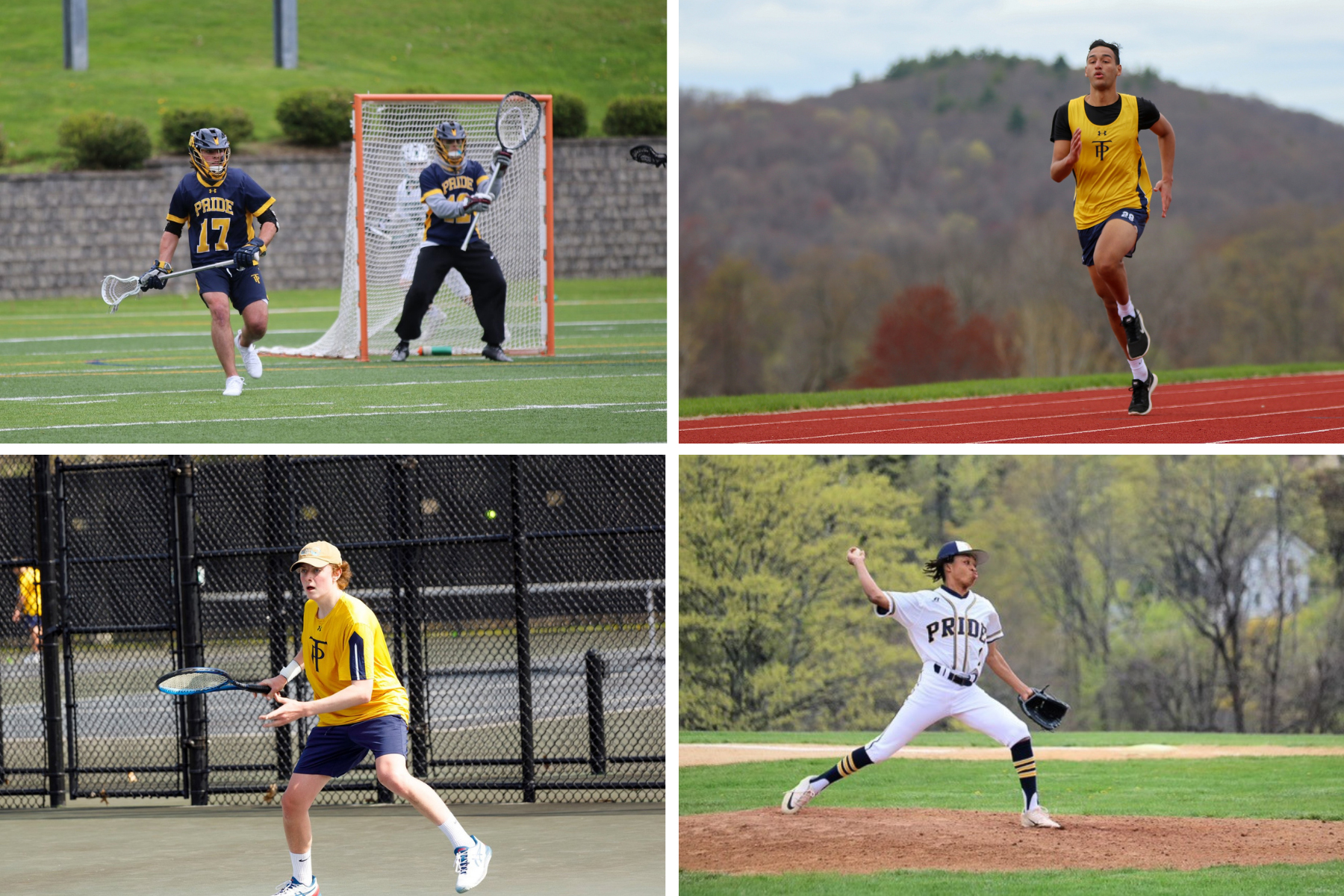 Despite so much uncertainty throughout the year, the boys suited up each day to maintain their strong commitment to athletics. Practicing in-season sports while staying in the gym late to get reps in an off-season sport proved that the Trinity-Pawling athlete is willing to do what it takes to stay prepared. The canceled fall season gave way to more certainty during the winter, allowing basketball, squash, and hockey to compete in some interscholastic events. By the spring, the structure was in place for the boys to play almost a full slate of games throughout the season, and all of the teams showed how hard they had worked in the off-season. The 2021 Weeman Athletic Award recognized Stuart Phillips ’21 at graduation for his impact as an athlete and a leader for the past three years.

The varsity baseball team finished a strong spring with an 11-6 record. The boys were lucky to have no rainouts and to play almost as many games as they would have any other season. With a contest at Dunkin’ Donuts Park in Hartford, CT, and numerous walk-off wins, the excitement came to bat every game! Congratulations to the seniors for a strong year, and good luck to Brendan Tierney ’21 at West Point, Chase Swain ’21 at Pace University, Nick Sottolano ’21 at Misericordia, Connor Haywood’21 at Fordham, Jon Link ’21 at Trinity, and Dean Simeone ’21 as he pursues junior hockey.

The varsity lacrosse team ended the season with an 8-6 record. A pair of excellent goalies kept the Pride in almost every game, and the returning class will look to build on the success of this year. An extensive and impressive list of matriculation to play lacrosse at the next level follows: Stuart Phillips ’21 at Johns Hopkins, Matthew Bologna ’21 at Quinnipiac, Peter Claro ’21 at Cornell, Chris Pateman ’21 at Western Connecticut State, Carson Block ’21 at Belmont Abbey, Tobias Berner ’21 at Haverford, Declan Mitchell ’21 at Stony Brook, Tyler Gatz ’21 at UC Boulder, Brandon Ventarola ’21 at Dartmouth, Lucas Brennwald ’21 at RIT, Tyler Lahey ’21 at Lehigh, Michael Mcknelly ’21 at Marist (walk-on), and JJ Ford ’21 at Connecticut College.

The Pride had a tough season behind the strong play of number one Eric Gao ’22. The young team will look to build on their success with up and coming stars Tony Gao ’22 and Leo Liu ’24 looking to make an impact in the future. Thank you to Coach Clougher for his commitment to the program and the community.

The track and field team finished a successful slate of meets this spring, both at Trinity-Pawling and on the road. Garrett Backus ’23 impressed as one of the fastest 100-meter sprinters in New England, and seniors Jimmy Nolan and Sam Renaud (Sam will continue his running career at SUNY College at Potsdam), led the way as strong distance runners.

A final thanks to Athletic Director Brian Foster ’79 for his flexibility in scheduling, Headmaster Taylor for working with the entire boarding school coalition to make athletics possible this year, and Glenn Carey for orchestrating behind the scenes to keep us all safe.