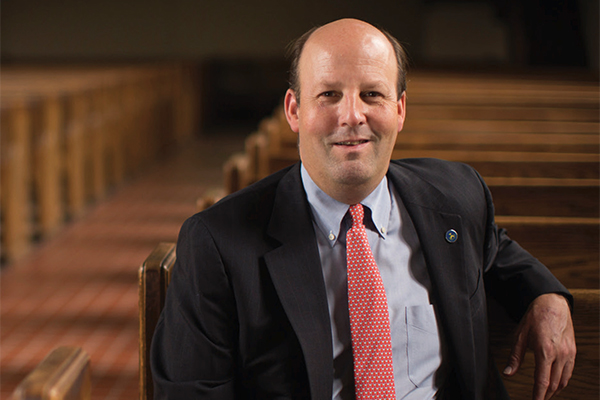 Recently in Chapel, I mentioned to the boys that what we all learned to be the first Thanksgiving was not, in actuality, an accurate representation of what likely happened in history between the Pilgrims and the Native Americans in Plymouth, Massachusetts. There was, by many accounts, a celebratory feast associated with what would be a fairly typical church celebration of thanksgiving for God’s blessings. Yet, this feast of thanksgiving was held against the backdrop of death and hardship. Half of the Pilgrims who traveled to Plymouth Bay in 1620 had died by September 1621. Moreover, the Native American population in the region had been decimated by disease that had been brought to the New World by European fur trappers and other explorers in the decades prior to the feast. Not only did both sets of dinner guests know tremendous hardship and destruction, they both had grown reliant upon one another for survival. This was the setting for what we now recall as the first joyous Thanksgiving.

Thanksgiving is one of my most favorite holidays, perhaps because of the focus that is placed on gathering together to affirm our gratitude for life’s blessings. In today’s world characterized by its frenetic pace and its seeming barrage of challenges and distractions, Thanksgiving seems like an oasis, a respite from the worry and stress of the hardships of life and the world around us.

True gratitude, however, should not exist as an oasis from life’s larger hardships. Rather, focusing on what we are grateful for in life fortifies us to navigate and persevere our way through the challenges and hardships that are inherently a part of our lives. My message to the boys this past week was to find times to be grateful for our blessings because that affirms our mutuality. But, I also underscored to them that doing so was also a means by which we are strengthened for the journey ahead. Gratitude, in other words, makes us stronger, healthier, and wiser.