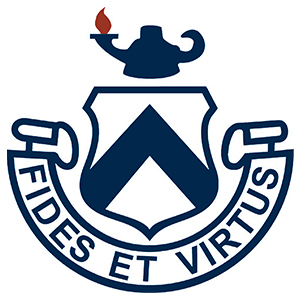 When Rich Bello P’22 presented to the Leadership Institute at Trinity-Pawling earlier this month, he talked about the importance of creating “streaks” to achieve peak performance. He said strong leaders understand the value of cultivating “keystone habits” that inform other positive behaviors and ultimately lead to successful outcomes in our lives. Bello’s advice, if we veer off course: “Start a new streak.”

Five members of the Class of 2017 have established an impressive streak in support of their alma mater. In each of the five years since they graduated, Ronnie DiMaggio, Will Estony, Jordi Jefferson, Jack Makris, and Hunter Olstein have made a financial contribution to the Trinity-Pawling Fund. Two key indicators of a successful annual fund campaign are the percentage of alumni who contribute and the consistency with which they do so. We asked these young alumni about their motivation to give back.

“I contribute to the Trinity-Pawling Fund because T-P played an integral role in my personal and academic development and I hope my support can help future T-P brothers realize their potential,” said Jefferson. Jefferson is currently a senior at Hamilton College in Clinton, NY. He was recently named to the 2022 NESCAC Men’s Hockey All-Conference team.

“Even if it’s just a new bucket of baseballs for the JV baseball team, I’m happy to give to the Trinity-Pawling Fund in order to help current and future T-P students get as much or more out of Trinity-Pawling as I did,” said DiMaggio. “My closest friends, some of my fondest memories, invaluable college preparedness, a robust education, and countless general life skills (just this morning I taught a co-worker how to tie a tie!) all came from Trinity-Pawling.” DiMaggio graduated from Gettysburg College in May and is currently pursuing a career in the automotive industry as a product specialist with BMW.

Jack Makris was a student at Trinity-Pawling for six years and he was elected Head Prefect by his classmates and teachers. Makris’ legacy of giving to the Trinity-Pawling Fund began before he graduated, and he has not missed an opportunity to contribute every year since. Makris has just returned from a deployment in Kenya with the US Army National Guard.

Will Estony is a software developer from nearby Hopewell Junction, NY, who learned to code while he was a day student at Trinity-Pawling. “I felt very well-prepared for college and I’m very appreciative of the foundational skills I learned at T-P.” Estony also worked as a phone-a-thon volunteer in the Office of Advancement when he was a student, where he said he learned the importance of contributing to the Trinity-Pawling Fund. “I remember there was an emphasis on giving any amount. It was more about the relationships and making a connection.”

Hunter Olstein cites his appreciation for the faculty as the impetus for his generosity. “The Trinity-Pawling faculty inspires me to give back, as even after graduation they continue to stay involved in our lives. Their passion and commitment to the students are immeasurable.” Olstein works on documentary films as a production assistant and video editor. He has been living between Seattle, Washington D.C., and Colorado.

These gentlemen from the Class of 2017 are an inspiring example of the core values of Trinity-Pawling School. We are grateful to them for their generosity and proud of their accomplishments.