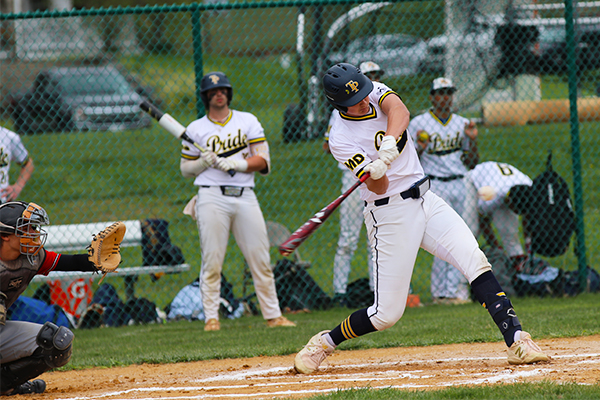 Wins against Kingswood-Oxford and Kent School at the beginning of the season set up the varsity baseball team for a 17 run explosion against Hotchkiss last week in a game where Peter Link ’23 tallied 5 hits and 3 RBIS, Liam Haywood ’23 went 4 for 6 with 3 RBIs, Eliot Ferch ’23 was 4 for 6 with a HR and 5 RBIs, and Nick Vega ’22 and Tyler Acevedo ’24 both had multiple hits. The Pride played a game against rival Avon Old Farms at Dunkin Donuts Field in Hartford, CT on a Friday night in early April, but the pitching struggled to keep their opponents off the board early. The Pride has dropped two games in a row since their win against Hotchkiss, currently standing at 3-4 in the Founders League this season.

The Pride has raced off to a 5-3 start against stiff competition in one of the country’s most competitive high school leagues. Offensively, the team has struggled to stay consistent at times with goal-scoring sprees followed by very quiet quarters. Yet the outlook is bright, as playmakers abound in the Blue and Gold. The dodging abilities of midfielder Kasey Mongillo ’24  and shooting skills of Tucker Kellogg ’23 have helped them lead the way as scorers, with attackmen Jake Likes ’22, Brayden Lahey ’24, Michael Provenza’ 23, and James Jacob ’22 not far behind. Lahey has been especially vital as the offensive glue with his unselfish play. Casey Sodolski ’23 has been a lockdown defender thus far, anchoring a defense that has stifled many opposing playmakers. The physical play of Connor Huguenard ’24  paired with the havoc created by Adam Franasiak ’22 has allowed goalie Landon Whitney ’23 excellent sightlines and a hot start to the season. Specialty playmakers Andrew Tilton ’24 (faceoff), and Colin Davis ’23 (LSM) have proven themselves integral to the team’s success in the early going.

The varsity tennis team has struggled to notch wins in overall contests, but head-to-head doubles performances have brought light to a tough early season for the Pride. Raphael Denis ’23 and Kento Maeda ’23 have teamed up to bring their French-Canadian and Japanese style together on the court. The duo had victories against Canterbury and Millbrook, and played with an exciting love for the game. In singles, Leo Liu ’23 stood out with a 6-0, 3-6, 10-8 victory on the tiebreaker against his Avon Old Farms opponent last week, and took down his Millbrook matchup in early April as well. The team hopes to build on some early successes and work their way to a team win in the second half of the season.

Last Saturday, Trinity-Pawling defeated Canterbury in a thrilling relay meet. Cristobal Tola ’23 stood out on the final 400m leg of the sprint medley in 54.3 seconds. Jackson Williams ’25 also had a spectacular day, competing in 3 of 5 events and finishing with a 65.2 for the final leg of the 4x400m. That winning team included Bryan Lee ’23, Cole Enslen ’22, Michael Pellitteri ’22, and Jackson Williams ’25. The 4x100m team of Luke Daly ’22, Enslen, Farhaan Rashid ’23, and Tola ran a 46.53 to win the opening event on the day. Other excellent performances came from Shun Shiraishi ’23 in the 4x800m and Daly in the 4x200m. On the previous Saturday, Trinity-Pawling traveled to Westminster School. While the team came in third on the day, there were some outstanding individual performances from Garrett Backus ’22, who won the 100m and 200m, Rahtrel Perry ’22 who won the discus and shot put, AJ Robinson ’22 who won the long jump with a 21’3’’ leap, Marcus Duell ’22 winning the triple jump, and Cole Enslen taking first in the javelin. Additionally, Daly won the 110 HH and DeAndre Williams ’23 took first in the 400m. On Wednesday, the team traveled to Taft School, and while the team finished 3rd, there were some outstanding individual performances. Perry won the shot put, and came second in the discus, while Robinson won the long jump, Backus took the 100m, and Robbie Accomando ’22 won the 800m race.

Congratulations to the many athletes who have had success thus far!