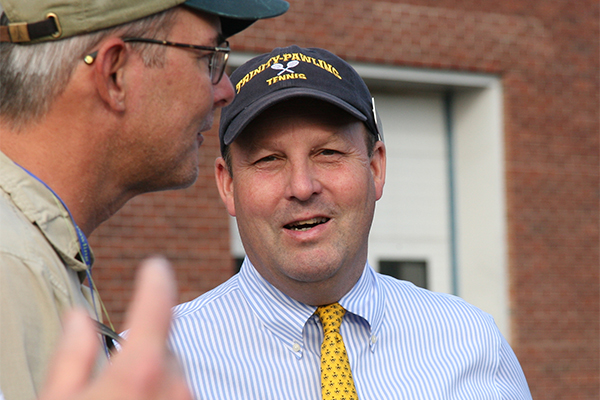 As we, as educators, work our way through the final weeks of the school year, it is important that we uphold a standard of asking our students to finish strongly in all areas of school life. The legendary coach John Wooden made sure his teams paid attention to how they put their socks on before each practice, knowing that a wrinkle in a sock would lead to a blister that could sideline a player and adversely impact the team’s overall performance during a game or, indeed, a season.

In our work with our students, there are many variations of socks that they must apply each day. Asking them to finish strongly in terms of larger issues, such as grades, character, and overall citizenship is closely aligned with how they handle the seemingly more routine and mundane tasks of their day-to-day responsibilities. Asking the boys to tuck in their shirts (and be in dress code in general); remove their hats in the Dann Academic Building or Scully Dining Hall; take out their earbuds during chapel, family-style meals, and class; avoid using their phones during family-style meals; etc. are not picayune requests. Rather, they are akin to pulling their socks up so that they will be better prepared for the larger responsibilities they face with the many decisions they must make during the course of the day.

By holding a standard high on the details, we are preparing them to make good decisions about larger, more impactful decisions they make each day and during the course of the school year — and, hopefully, in their futures. Furthermore, it requires a collective “we” to ensure that a focus on details is not interpreted by the boys as petty, nit-picking requests by a few people. Through a collective, collegial approach to such a standard, our students will have a much clearer understanding that a focus on details has a larger meaning to it. When they better understand this, then they will begin to internalize it more independently, which is what we want for them with regard to the overall impact of the learning program we are providing them. In other words, if we want to have a transformational impact, we must not lose focus on the little things.