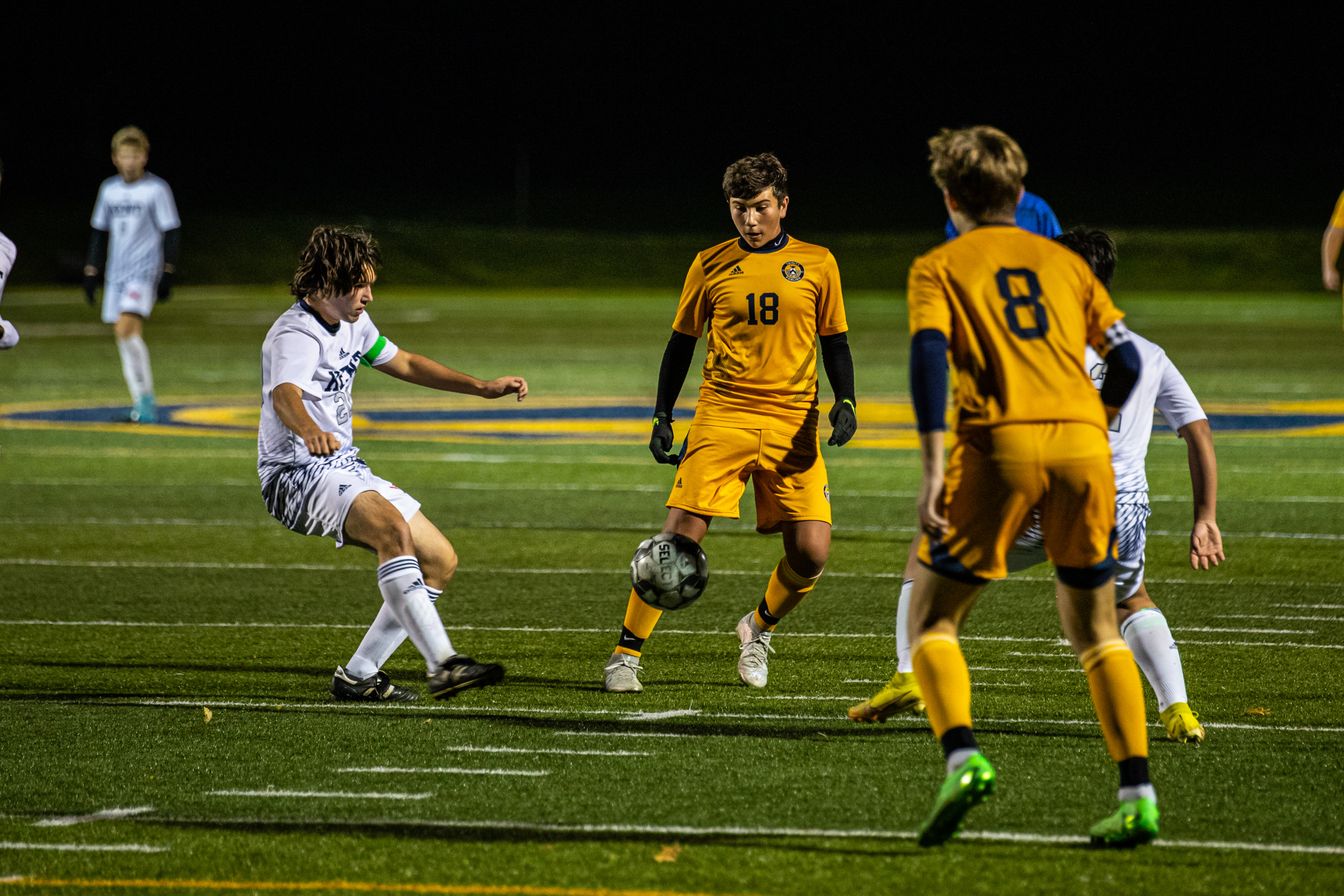 The varsity football team had a tough start to the season losing their first two games by less than a touchdown. They faced another tough opponent in Taft during Homecoming week while battling through injuries to start the season 0-3. However, the Pride had their first win in a home game against Kent on Parents’ Weekend with Braden Root ’23 finding the end zone twice. Kyle West ’23 has taken over at quarterback and has done a wonderful job. More tough competition lies ahead in Loomis Chaffee and Avon Old Farms, but the boys continue to work hard and fight every week.

Soccer had a hot start to the year jumping out to 2-0 and is having one of its best seasons in recent history. Goal scoring has come from Gabe Auringer ’24 and Salvatore Zani ’24, while Maddox Rivera ’24 continues to be strong in net. After starting 2-0, they faced a run of good teams in Taft, Hotchkiss, and Avon Old Farms. Though the boys played well, they were unable to come out victorious. They took down Kent in their latest battle and look forward to finishing the season strong!

The mountain biking team is having an impressive season so far. They have medaled in all their races and in most classes as well. Alex Kozin ’23 continues to shine for the Pride with top finishes in the A class as well as a first-place finish at South Kent. At the Pride’s first home race, the boys had a great showing with Kozin coming in second in the A class and Hayden Desmond ’23 finishing third in the B class. There were also three podiums in the C class with Sam Head ’24 placing first, Luke Macanka ’24 finishing second, and Emilio Paez ’26 in third.

Though the season isn’t filled with victories, the Trinity-Pawling cross country team has included some young runners this year with 8th graders Oliver Denaro and Jack Fries running in the top 5 in the most recent race at Loomis Chaffee, a very impressive feat. Veterans Harry Clark ’24 and Tyler Olsen ’24 are having impressive seasons as well, finishing in the top 5 in some races. Some highlights for the Pride were at Berkshire, when Clark finished second and Olsen finished third. Fries also came in ninth place at that race, and at the most recent race at Loomis Chaffee, he was the third man while Denaro ran as the fifth.

Be sure to follow the Trinity-Pawling Sports Nation (TPSN) reports each week to keep up with the Pride athletes on campus!